Dominante Real (Fer Bulería x Gala VG, CavalReal 2017) | Bay PRE Andalusian Stallion
With his beauty, movements and noble character, we believe Dominante is a stallion with a great future. He has a positive attitude, much grace and a fertile, creative mind. As far as we can tell at his young age, we recommend him for PRE breeding, morphology competition, pleasure riding or dressage.
Son of Fer Bulería and one of our best mares, Dominante is probably our best-looking offspring so far. Breed: Pura Raza Española (PRE). Color: Bay.

Ancestry
Origins: Marin García, Yeguada Militar
Dominante's Father
Dominante's father is Fer Bulerí­a (Kanaka III x Mañoso II, Yeguada Ferrero), Reserve Champion of Spain. An Absolute Champion of Functionality, Absolute Champion of Movements and an Absolute Champion of the Breed, Fer Bulería is the winner of over forty medals in Spanish breed championships. He has competed in FEI dressage and is training at the Prix St George / Grand Prix level. A spirited and energetic horse to ride, he has a huge and generous heart, and is always very willing with his rider. This very complete and extremely functional PRE stallion typically transmits his generous character and expressive, elastic movements in all three gaits to his offspring. A long walk, beautiful trot, excellent canter and absolutely without any winging/dishing ("campaneo"), as well as strong and healthy constitution is typical for his offspring.
Dominante's Mother
Dominante's mother Gala VG is an athletic 170 cm / 16.3hh bay PRE Andalusian mare of sport horse type. She is a daughter of qualified Prix St George stallion Mariscal XLIX, a Spanish grand champion with over fifty medals from Spanish morphological championships. Through her father, Gala VG is a grand daughter of son of Estepeño XIII and great grand daughter of Atlantico 1981, the most emblematic Cartujano stallion and the foundation stallions of the world famous Cardenas stud farm. Gala VG's mother is qualified multichampion mare Camelia XXII, winner of many medals in morphological competitions.
See Dominante's Family Tree Here 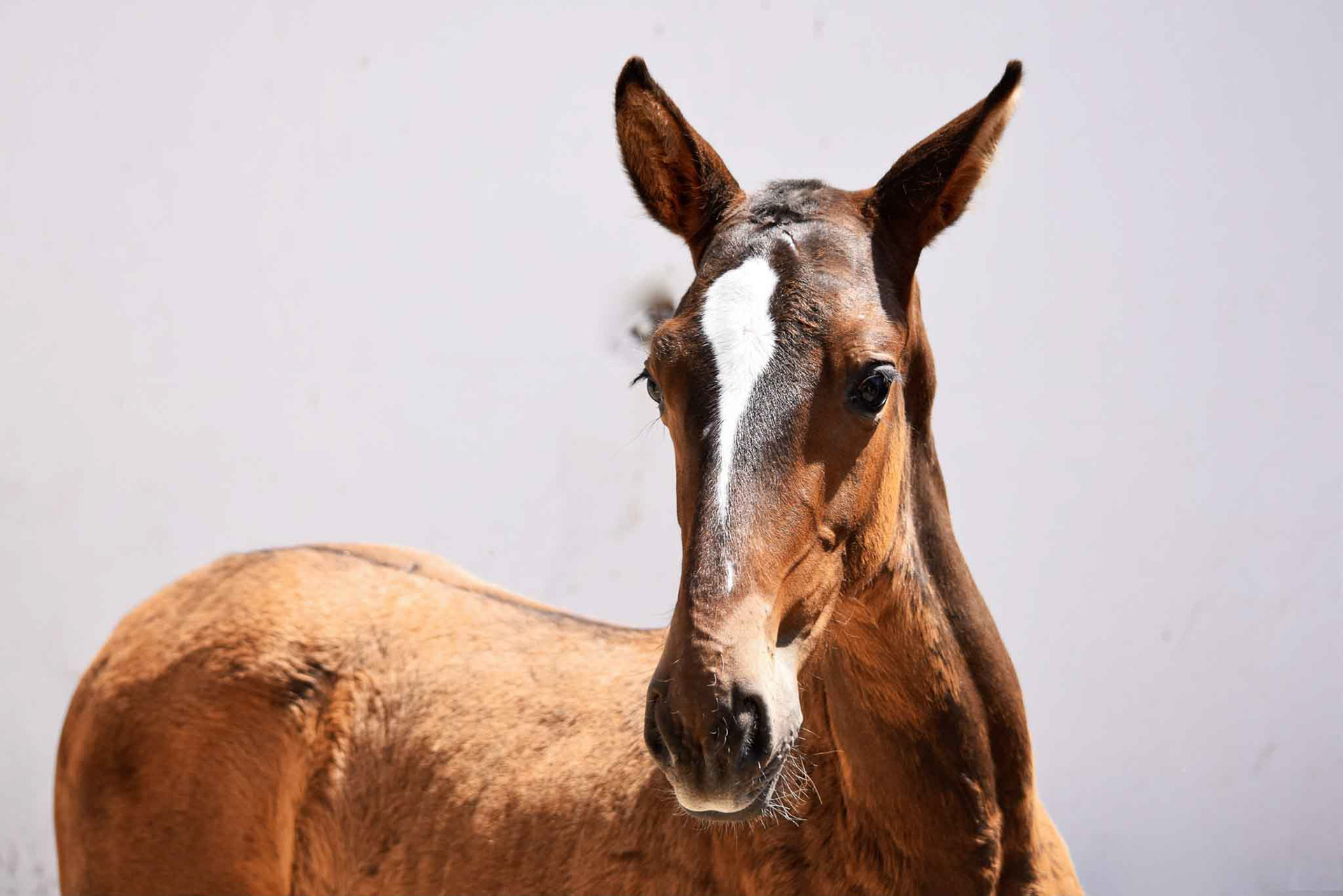 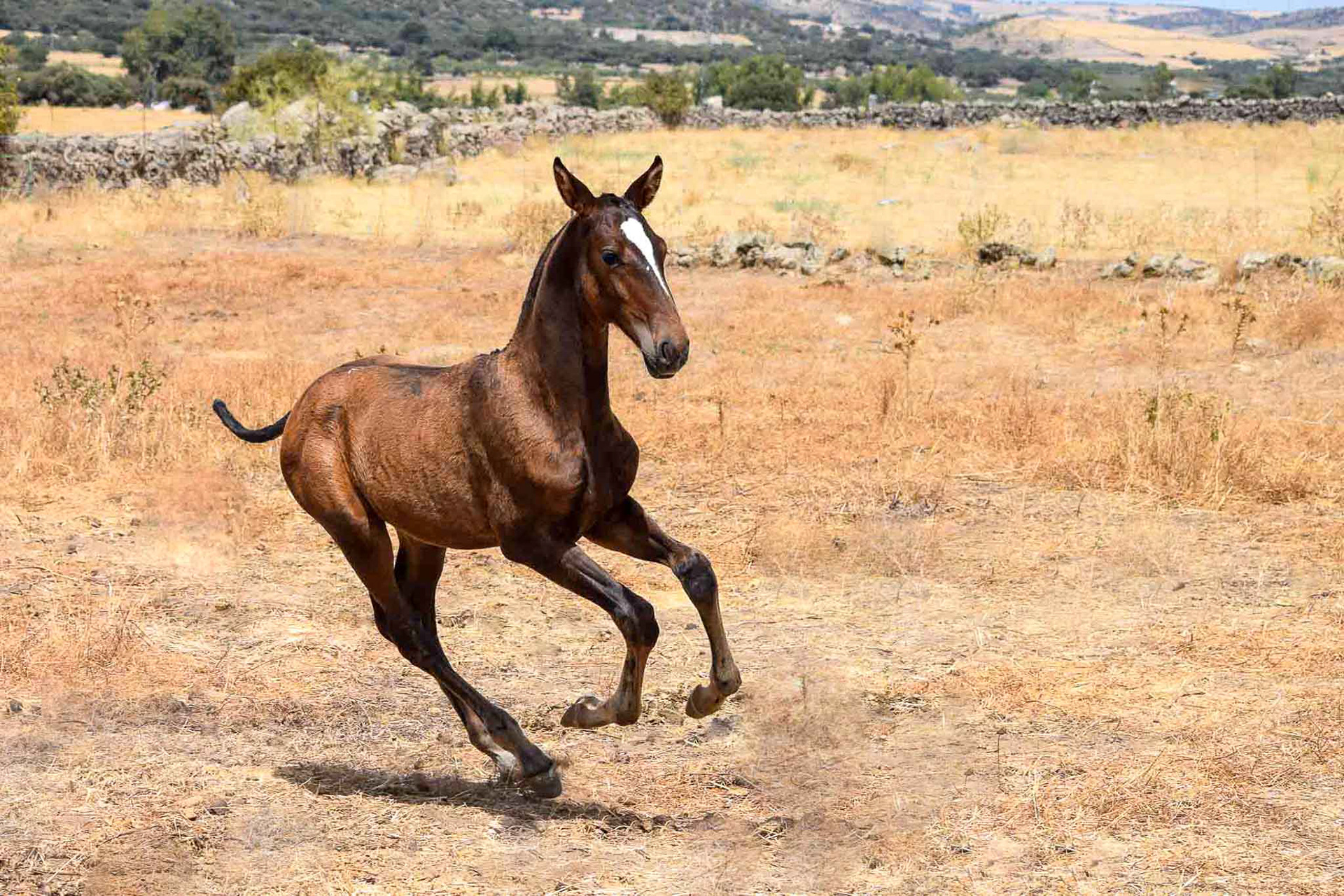 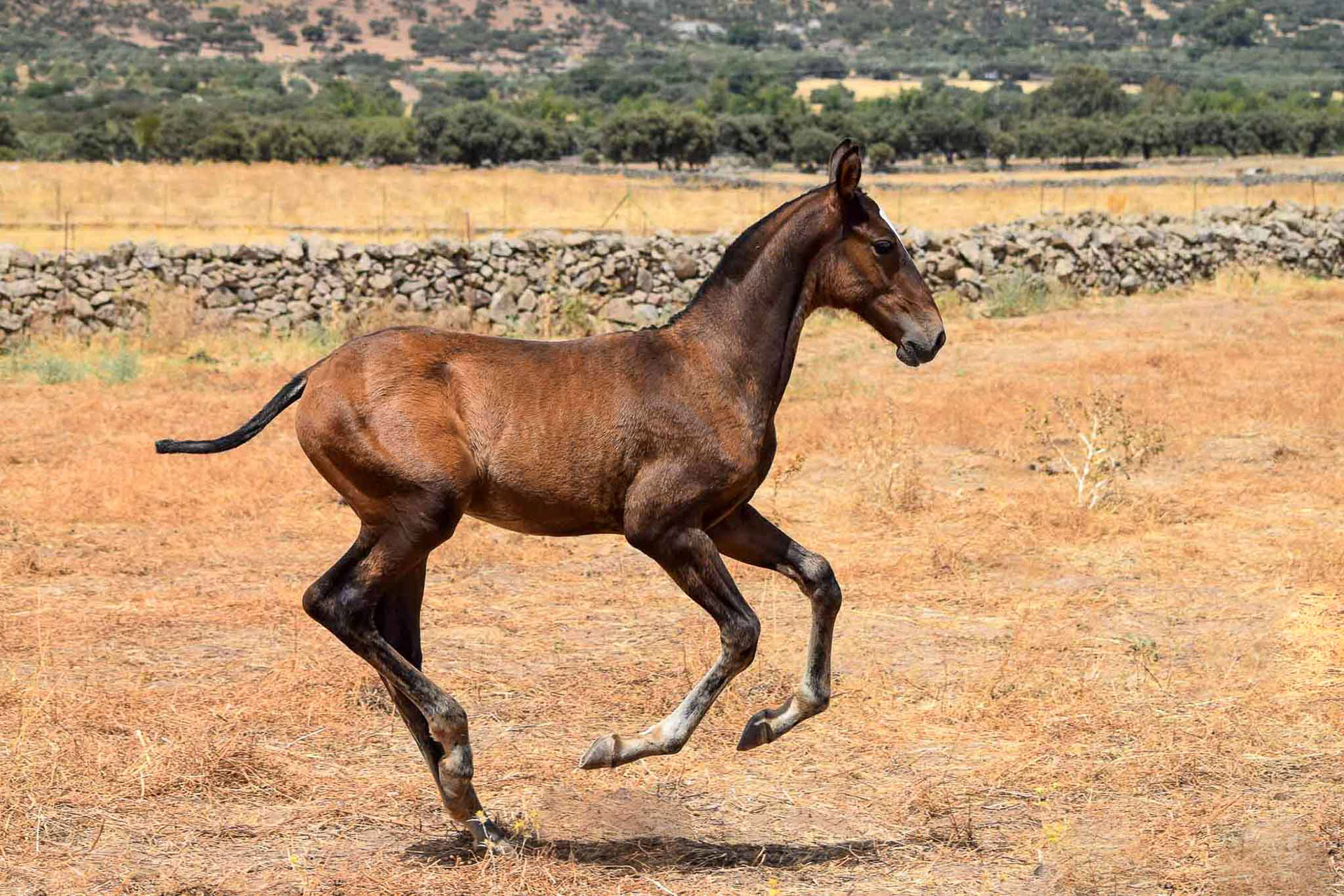 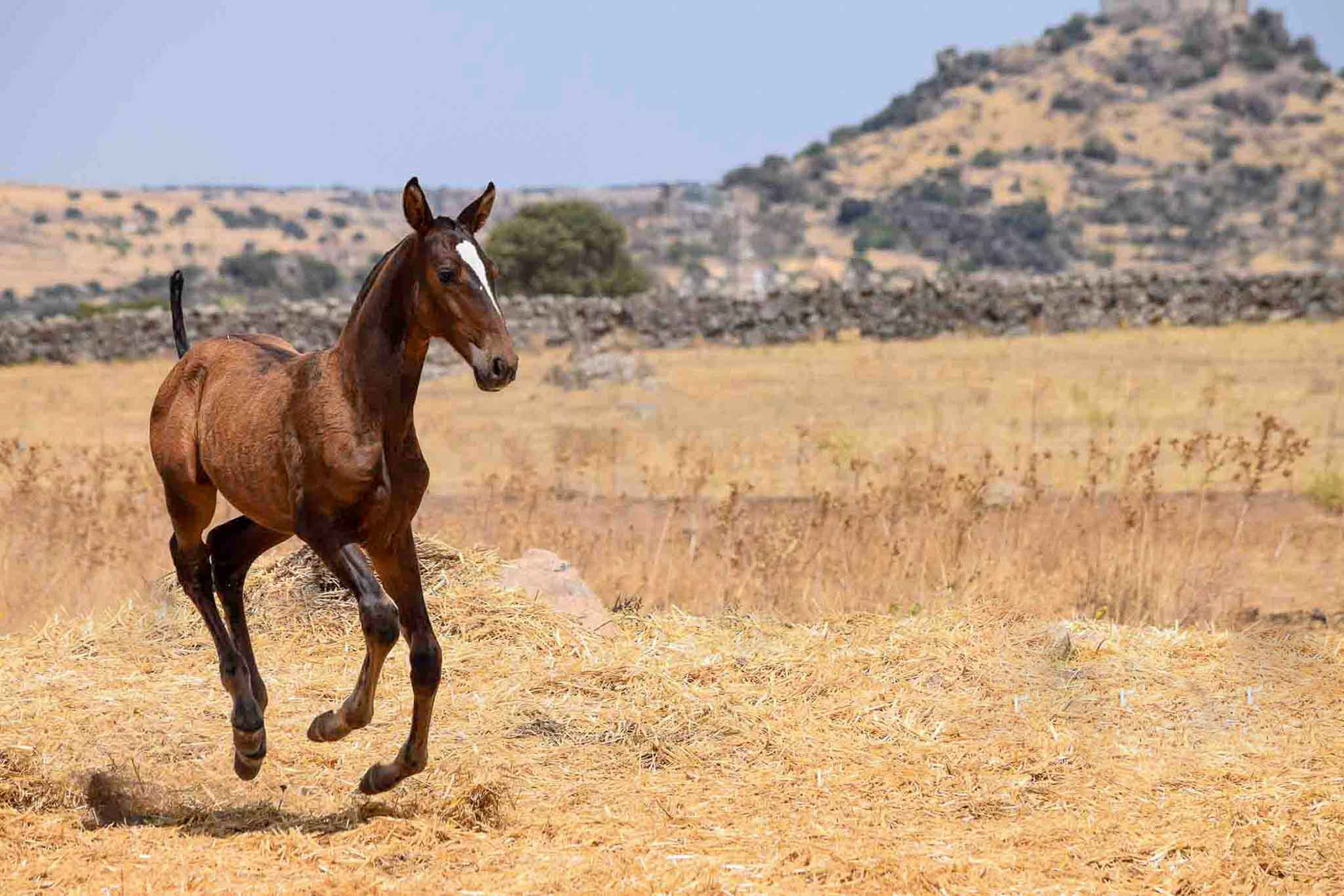 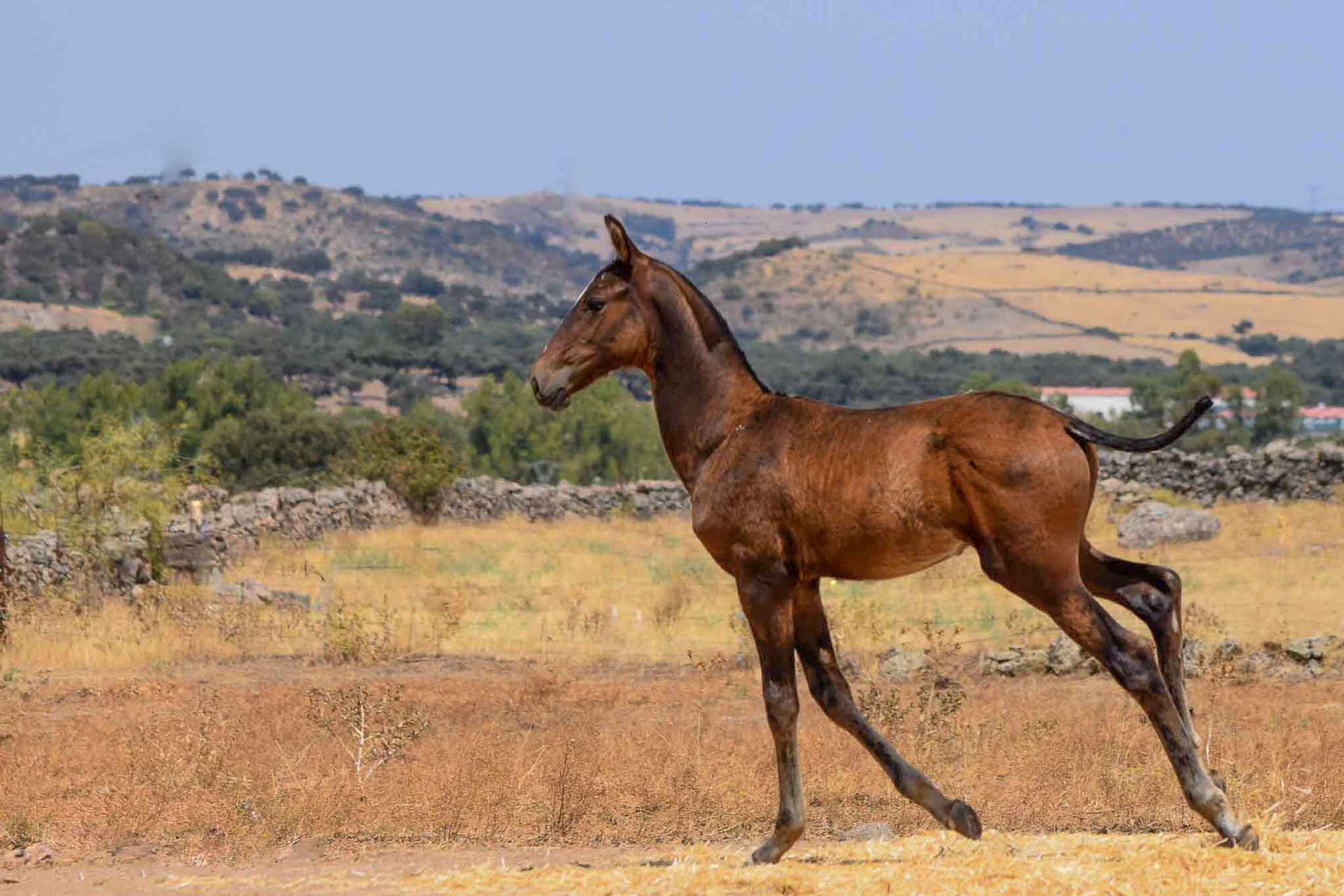 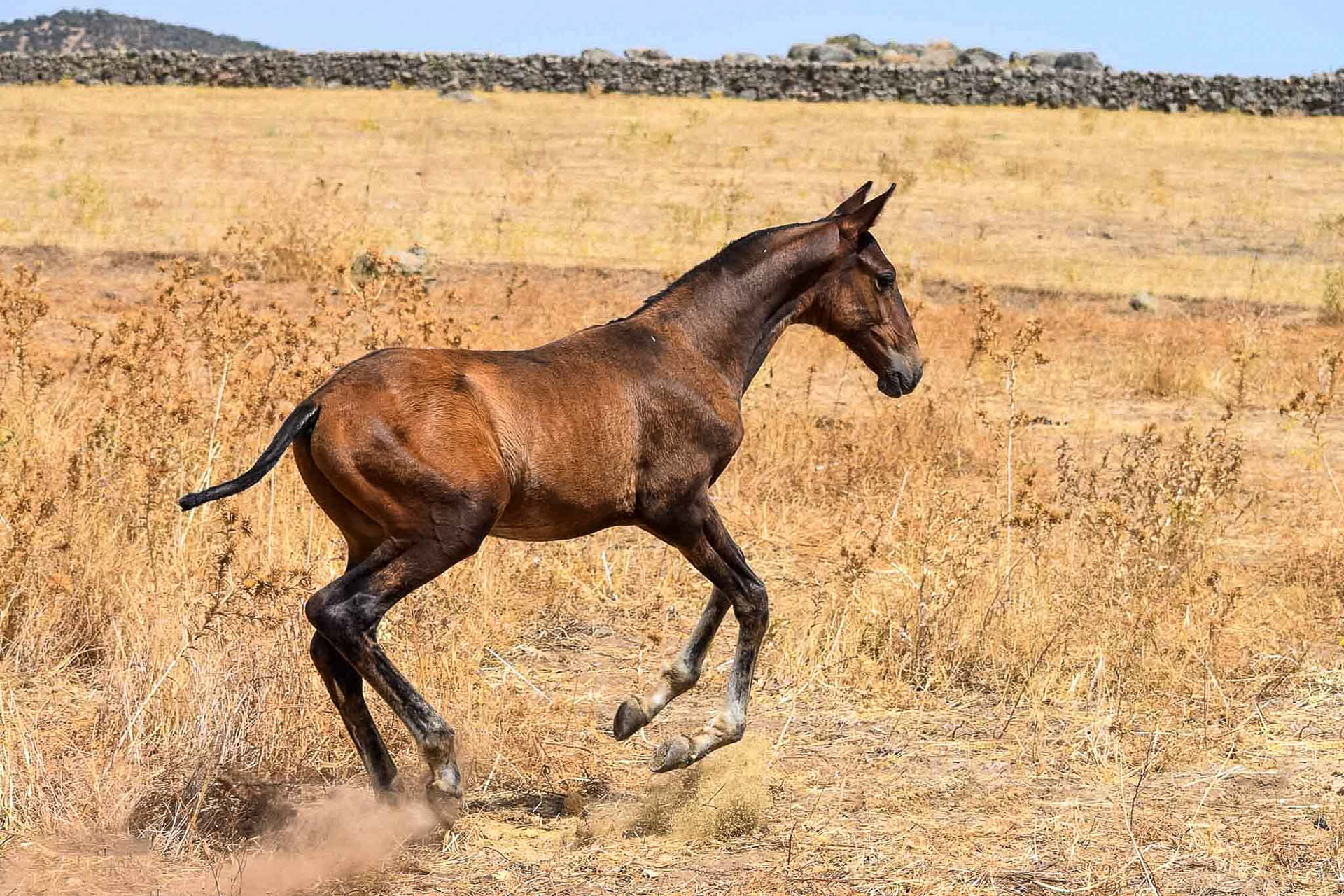 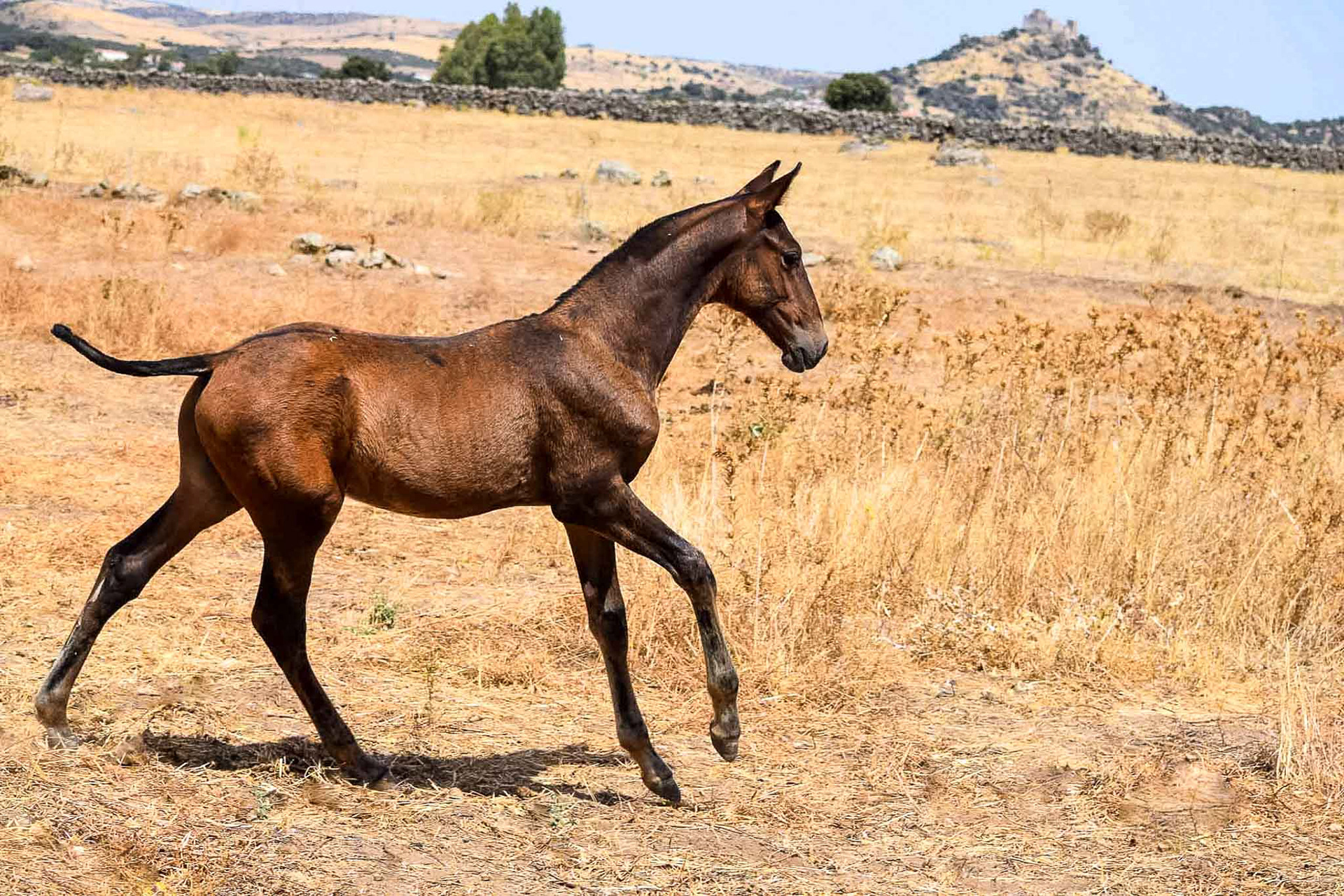 Bohemia Real
↑Back to Top