PRE Andalusian stallion Ambicioso VG, son of Grand Champion Fer Bulería is a talented dressage prospect successfully competing in FEI dressage in Spain. Here you can see him training at home.
A very beautiful PRE stallion with enormous amounts of energy and much charisma, Ambicioso requires an experienced rider to bring out his full talent.
As typical of very talented and powerful dressage horses, Ambicioso VG has sometimes over-performed in competitions.
It is expected that Ambicioso will be able to perform his best as he matures and learns to control his tremendous vitality and puts it into the perfection of moments required in the higher dressage classes. The work at the Prix St George and Grand Prix levels require a lot of energy and power, something we believe that Ambicioso VG will be able to easily deliver as he reaches 12 or 13 years of age and beyond.
Ambicioso VG is an excellent example of a high-powered PRE Andalusian dressage horse, able to train and compete at the very highest levels of modern sport.
Ambicioso VG is 7 years in these photos. 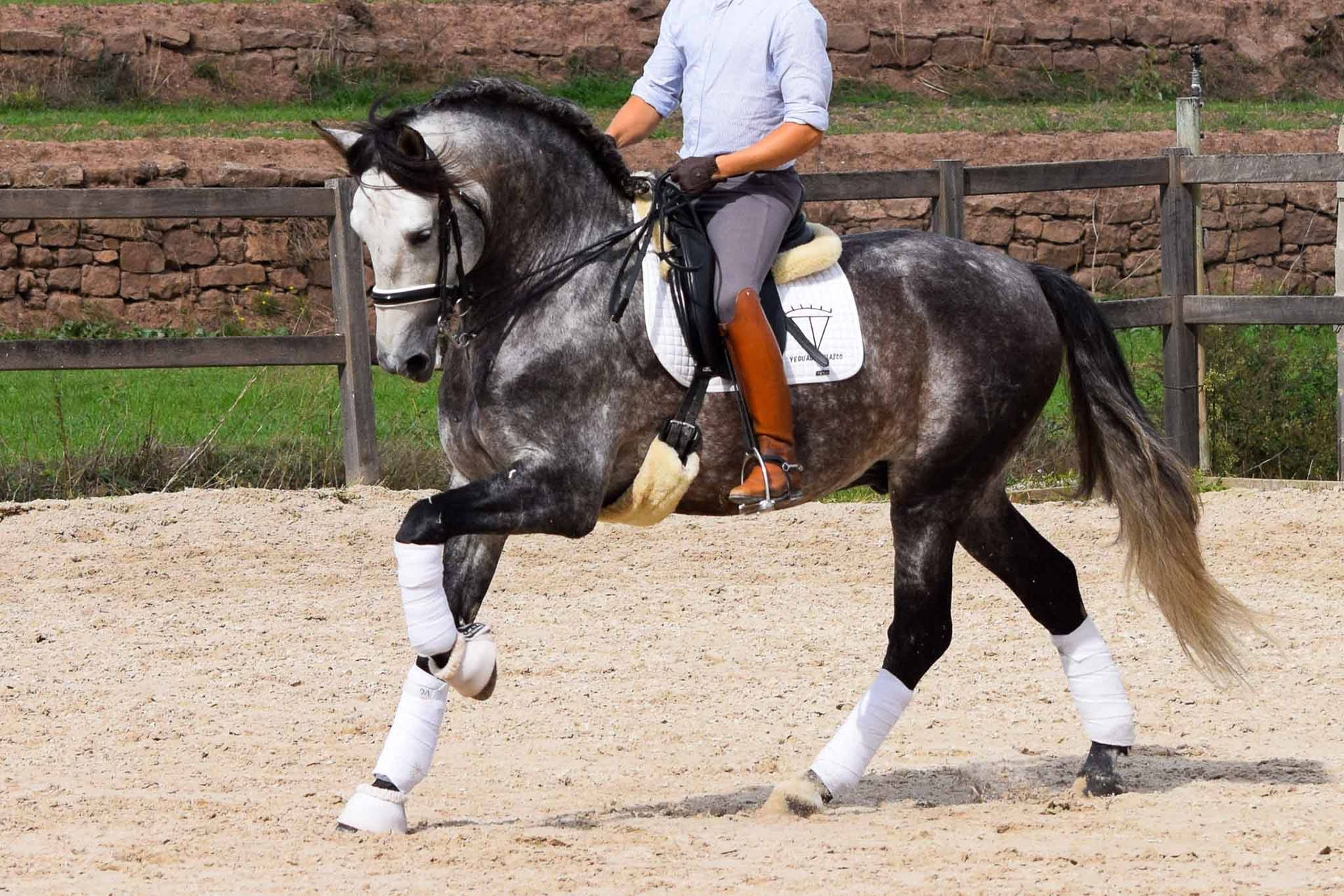 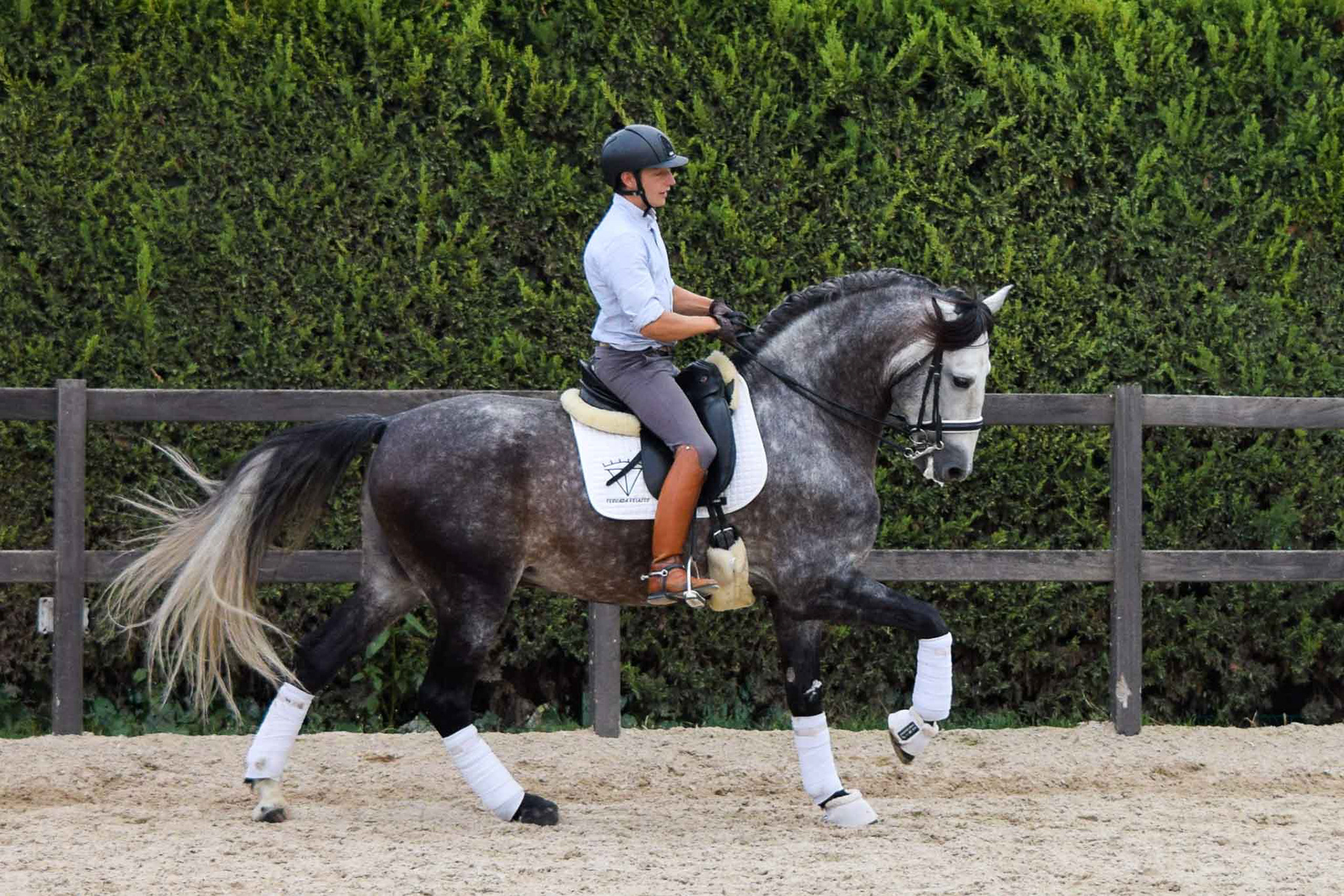 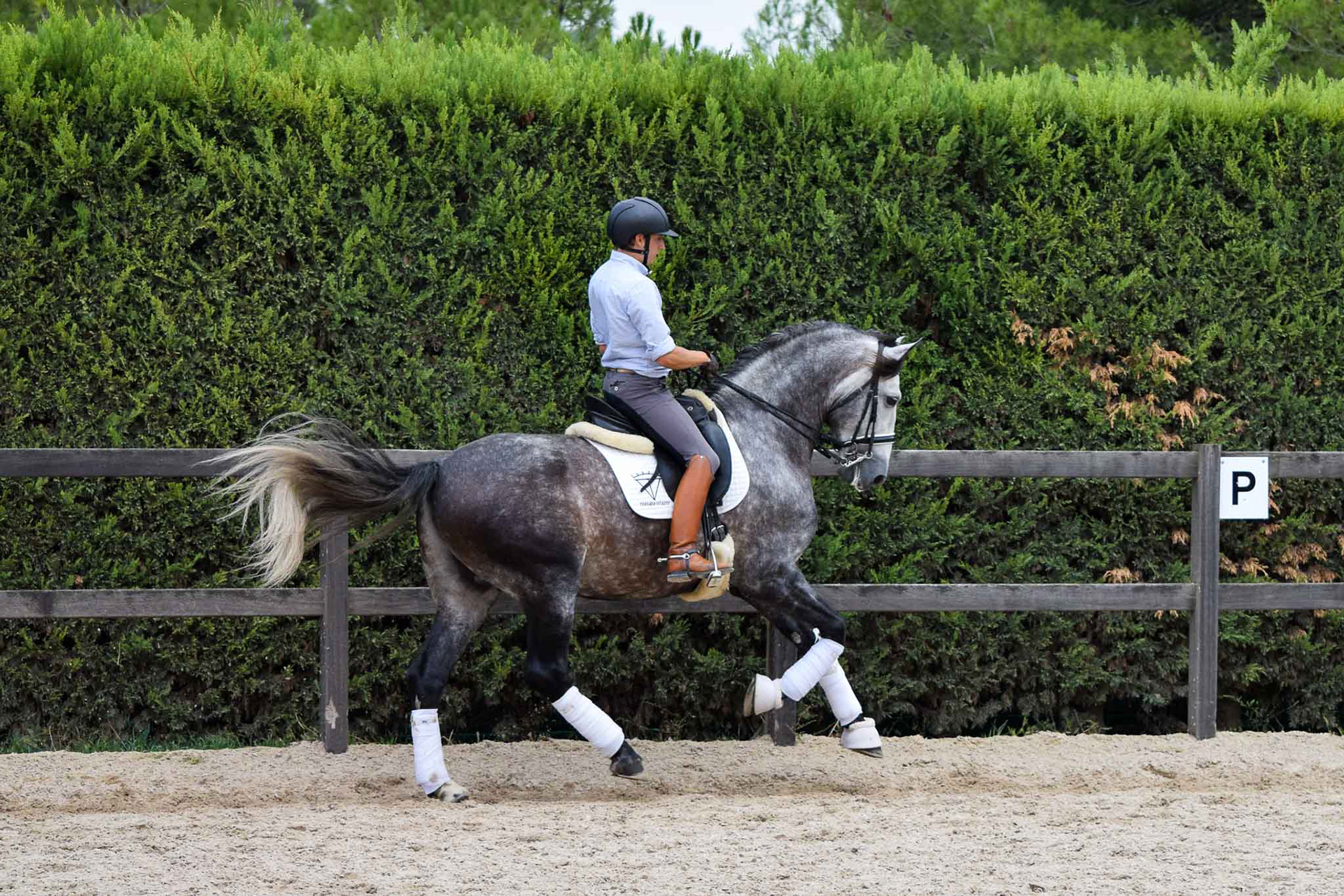 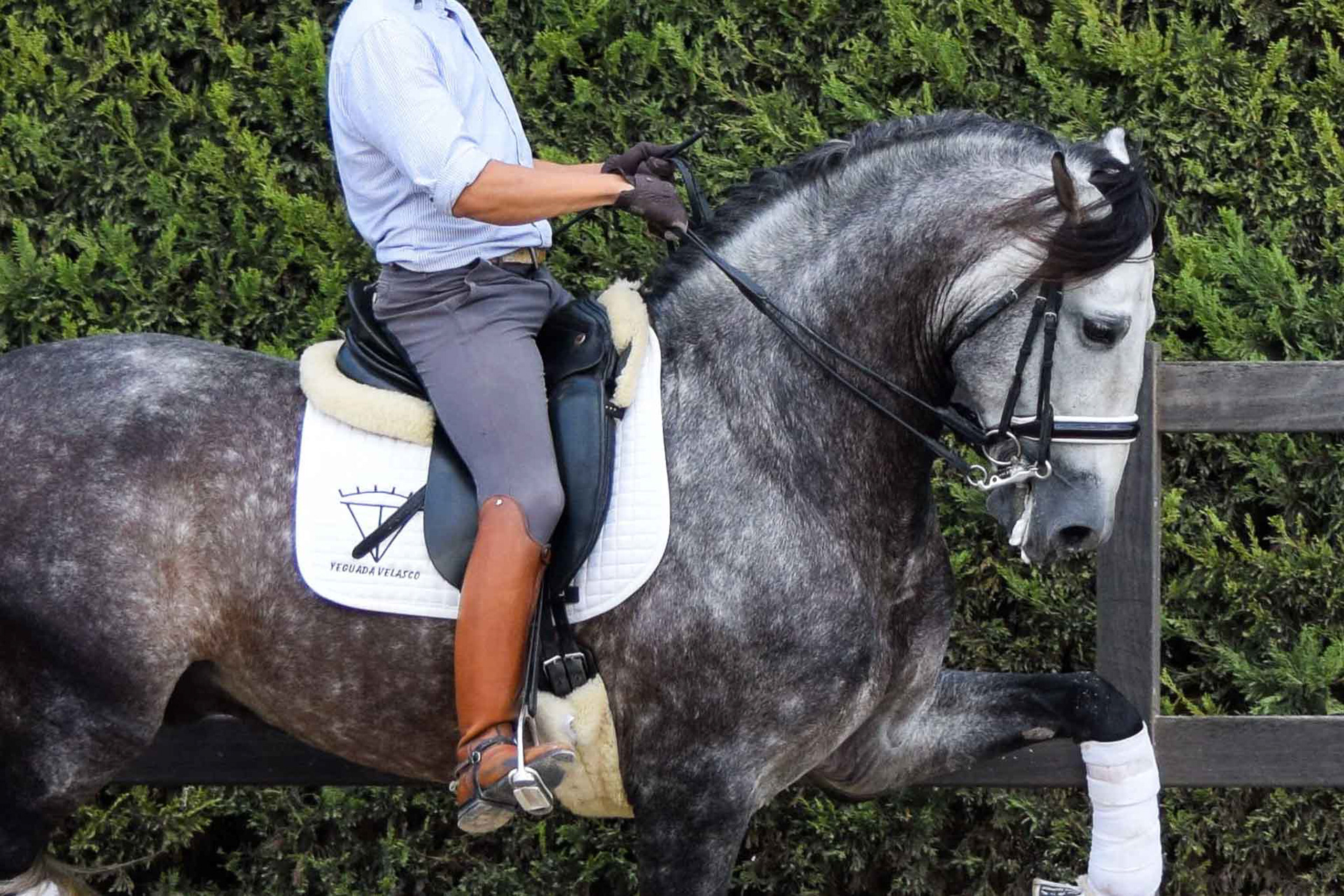 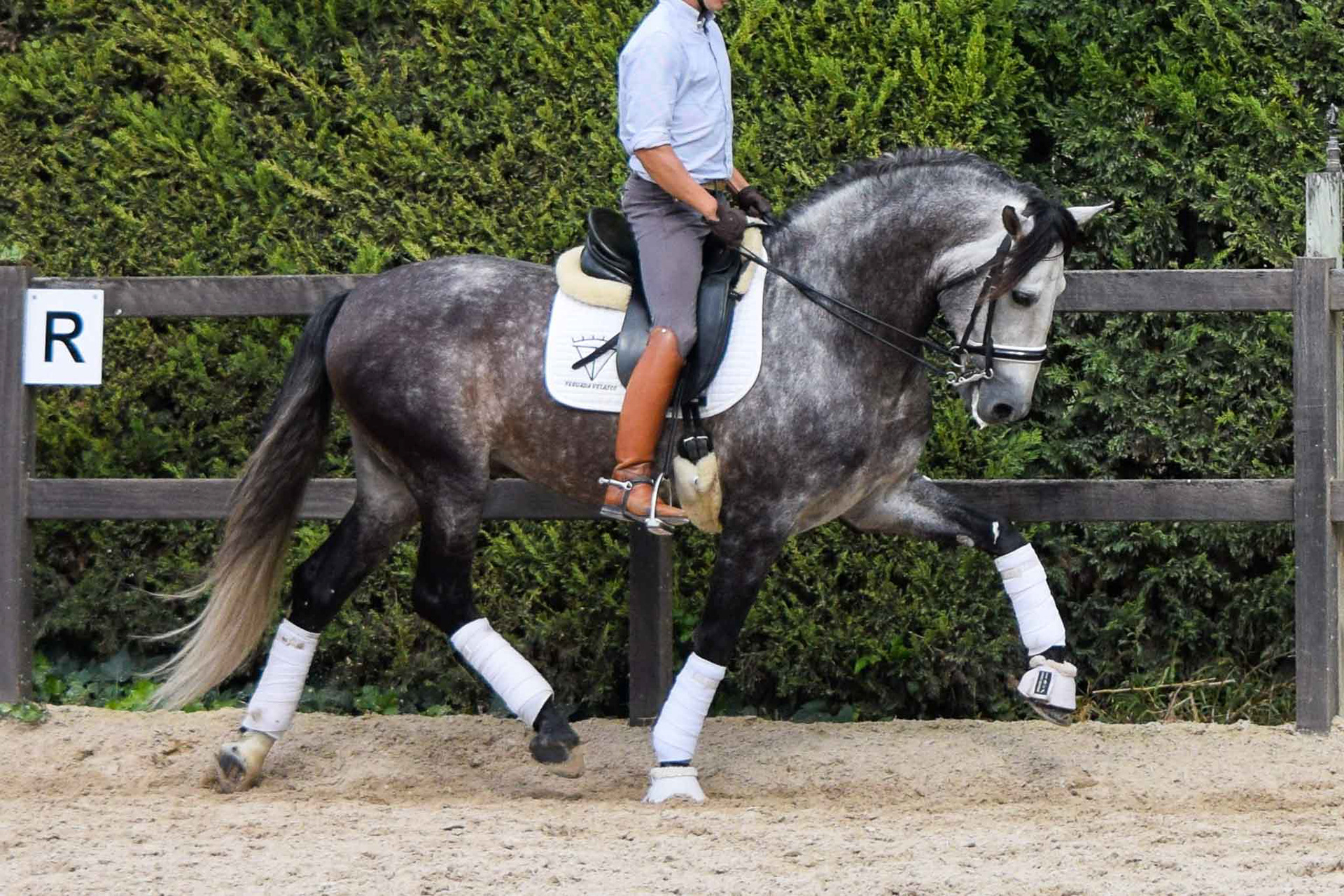 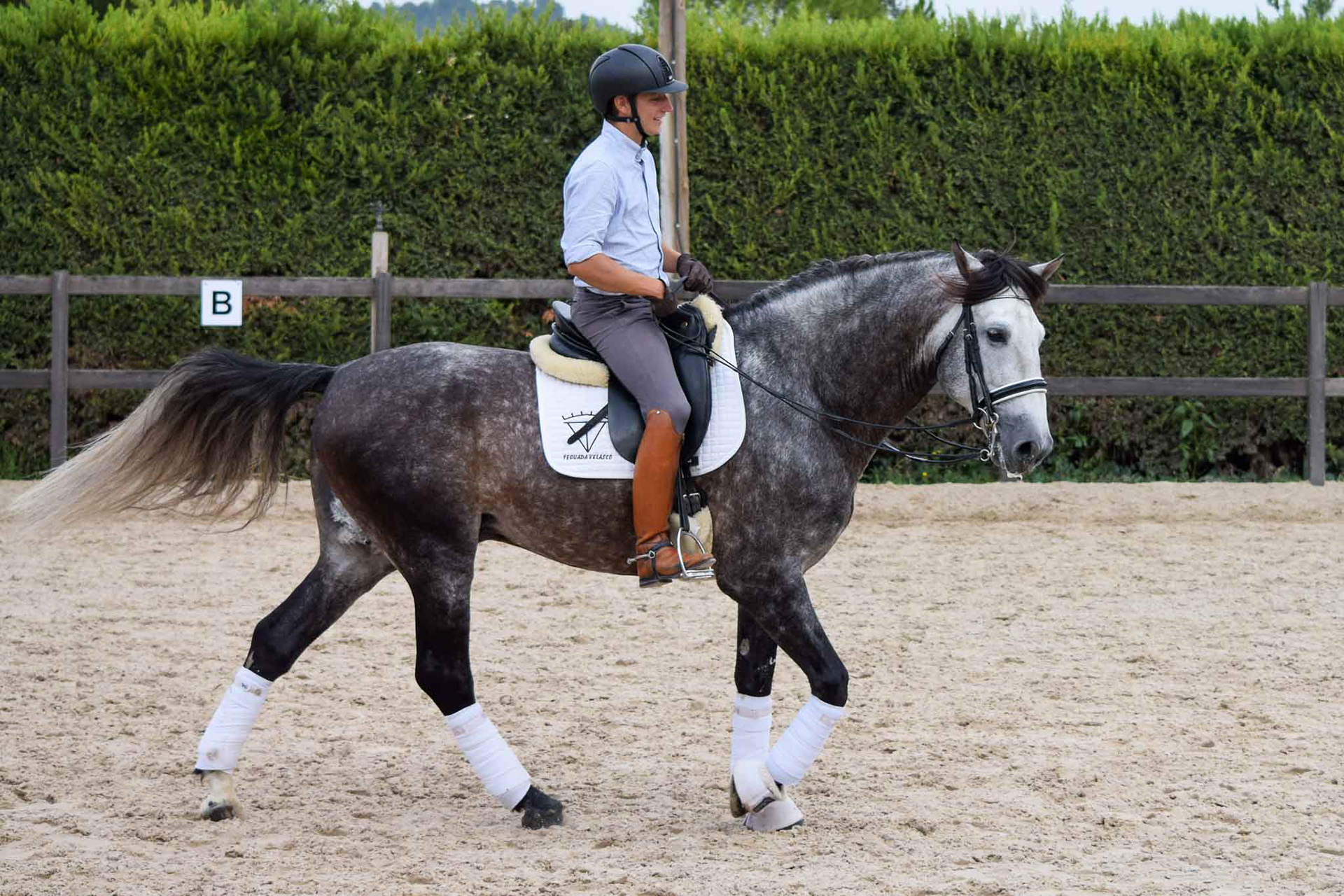 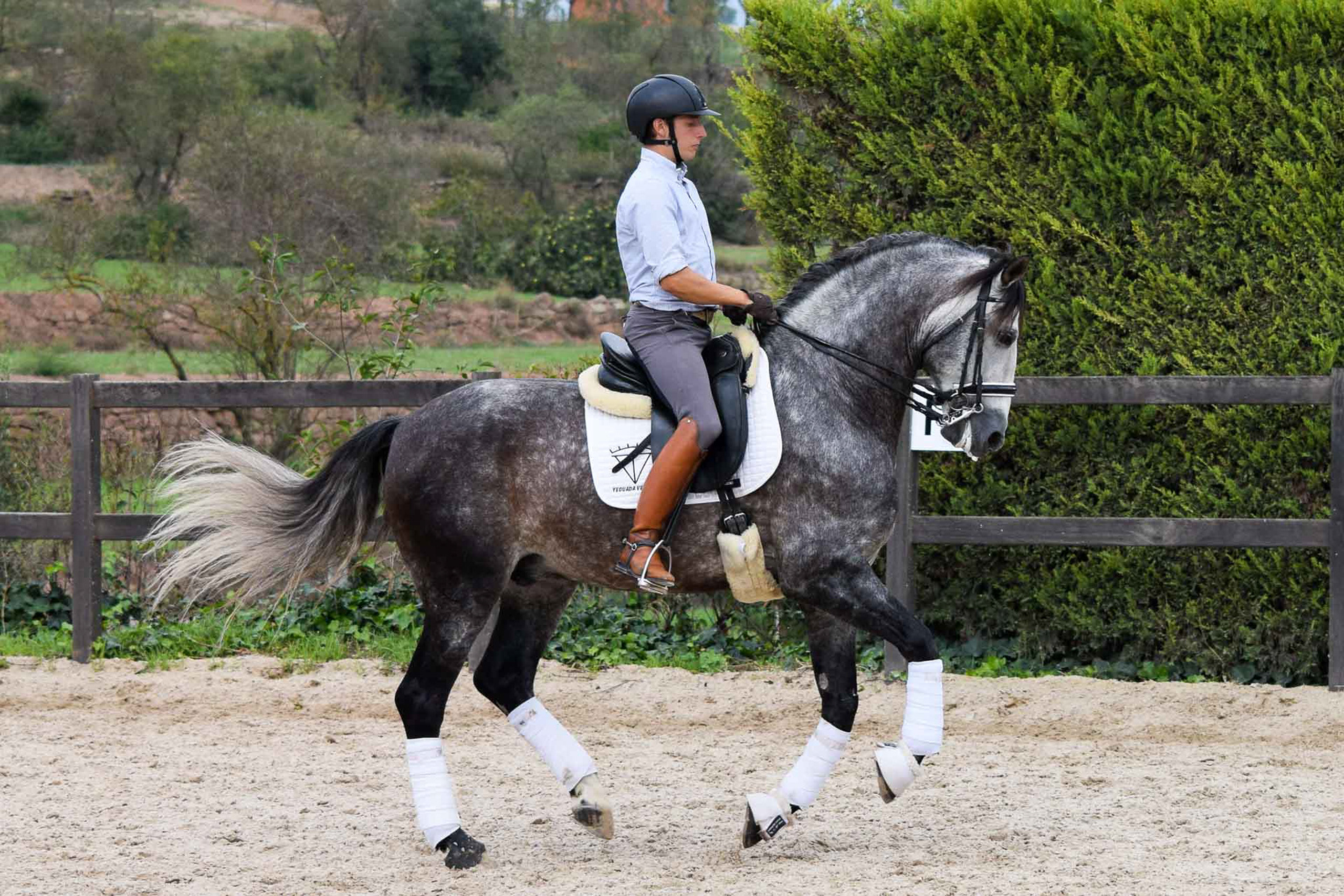 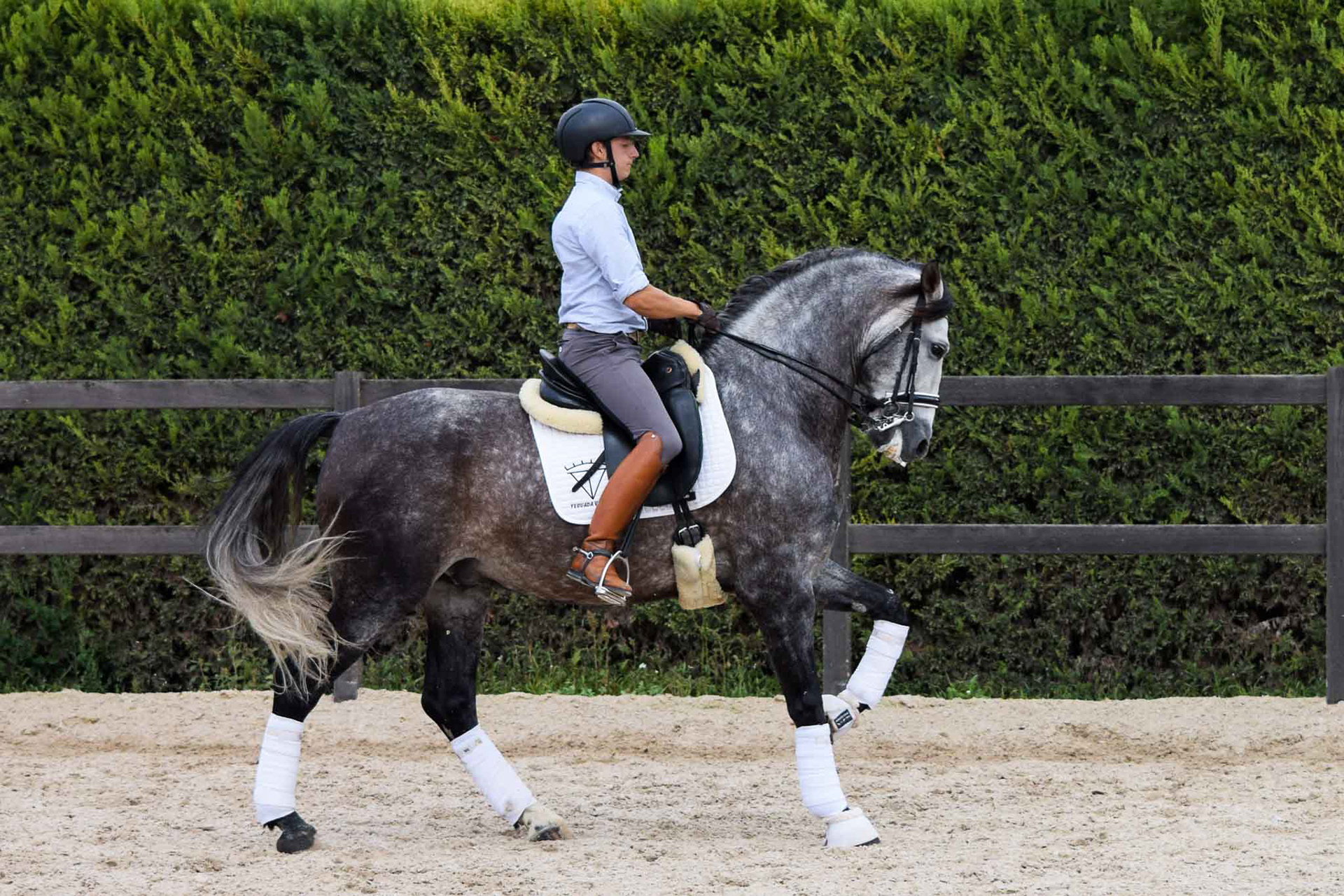 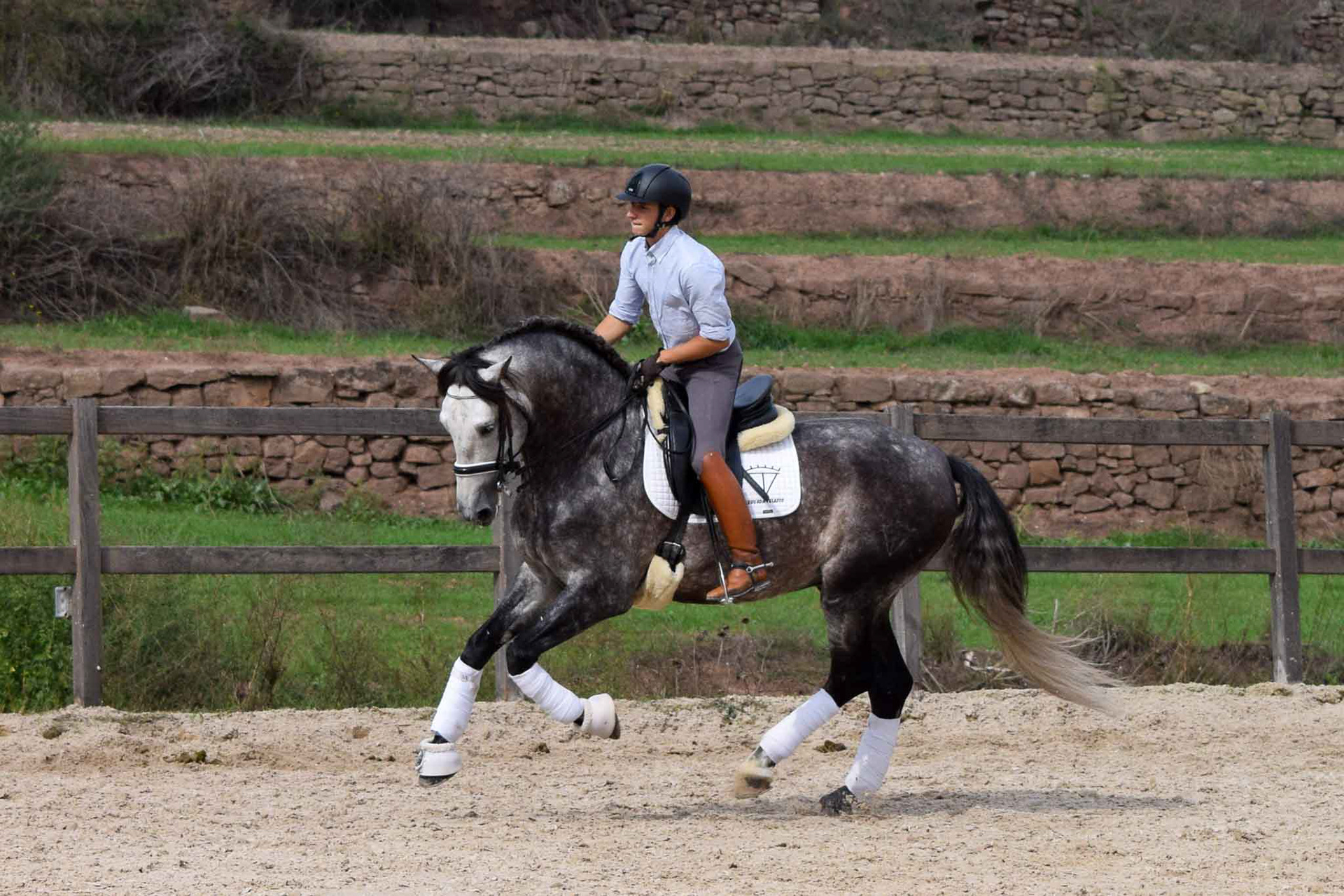 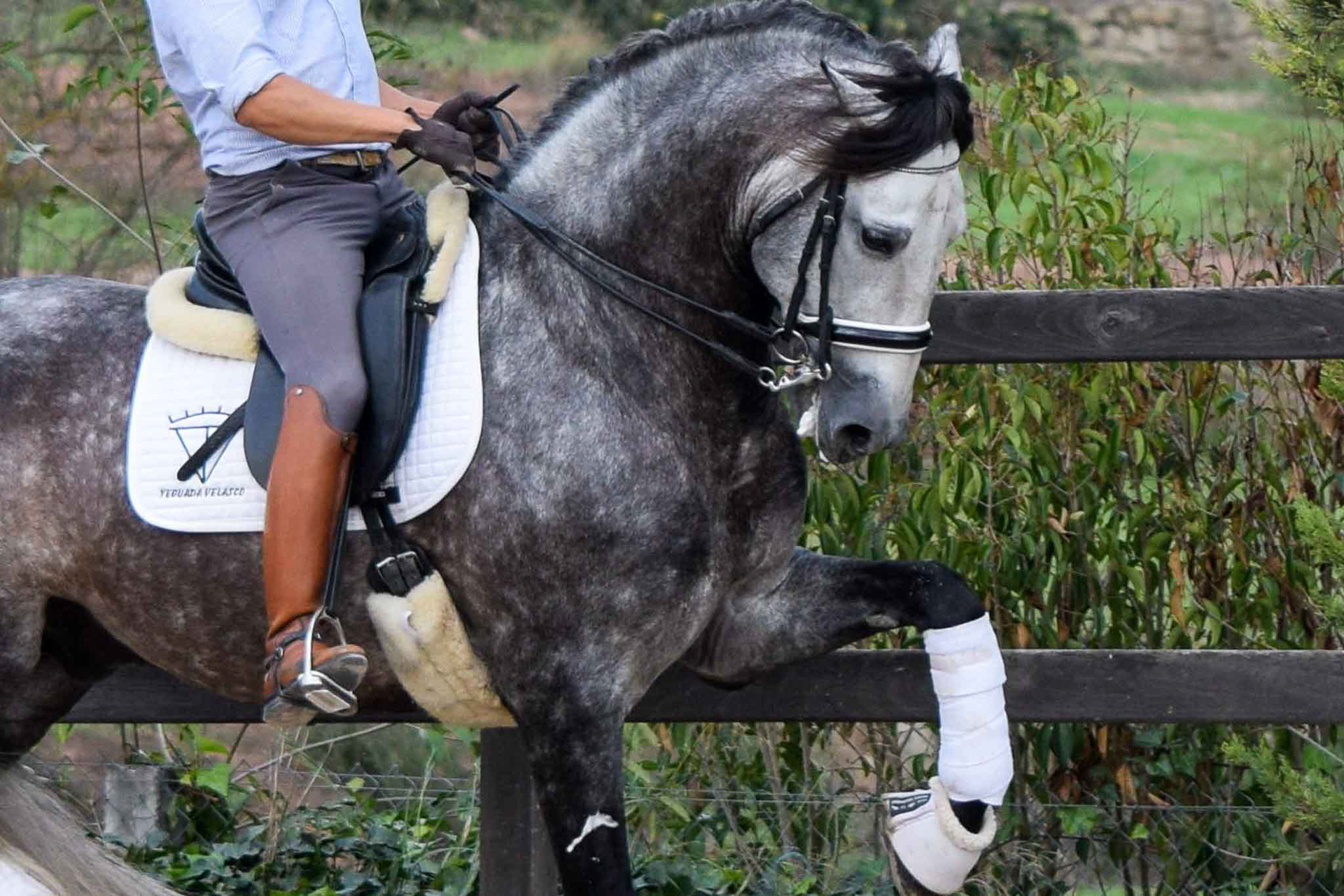 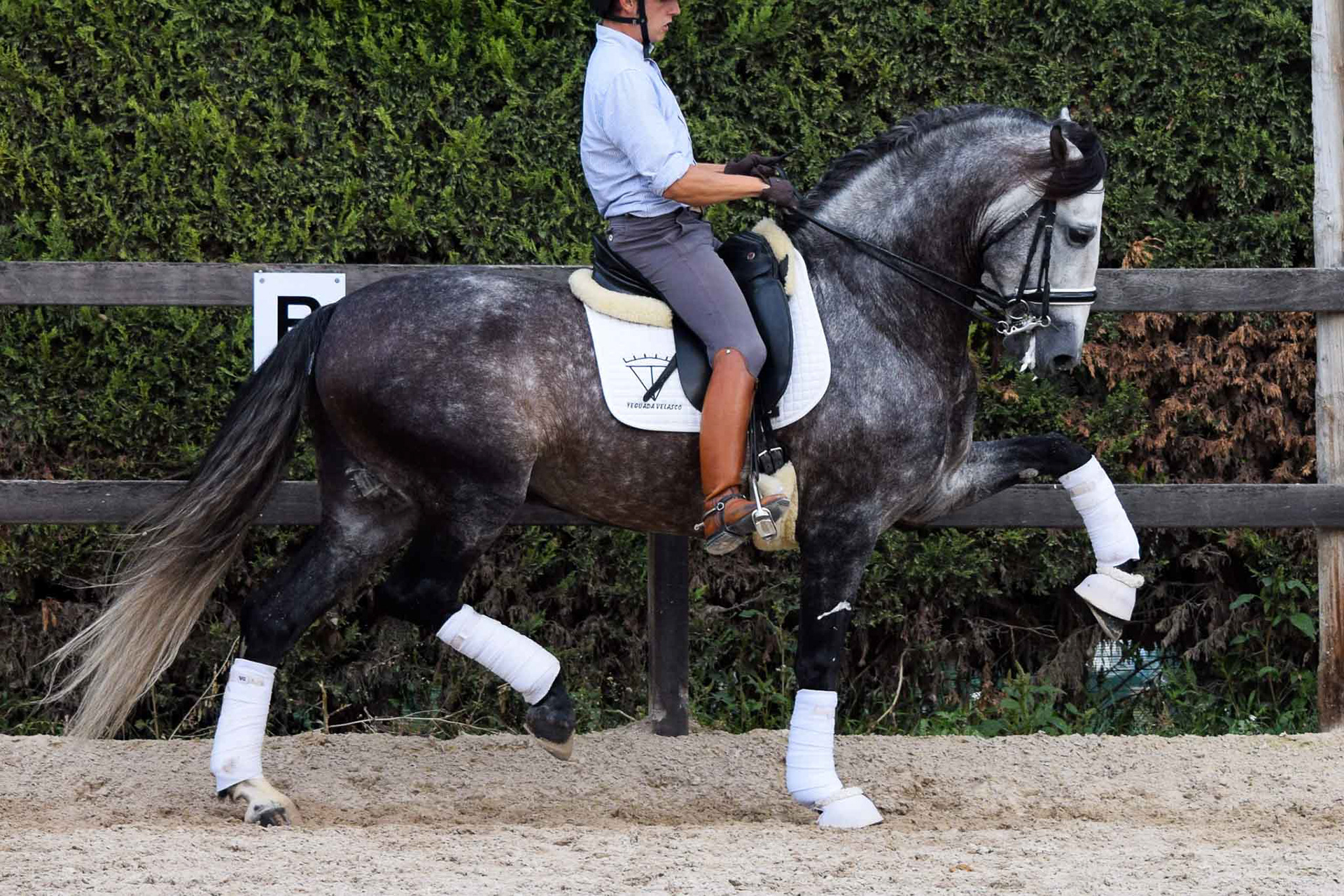 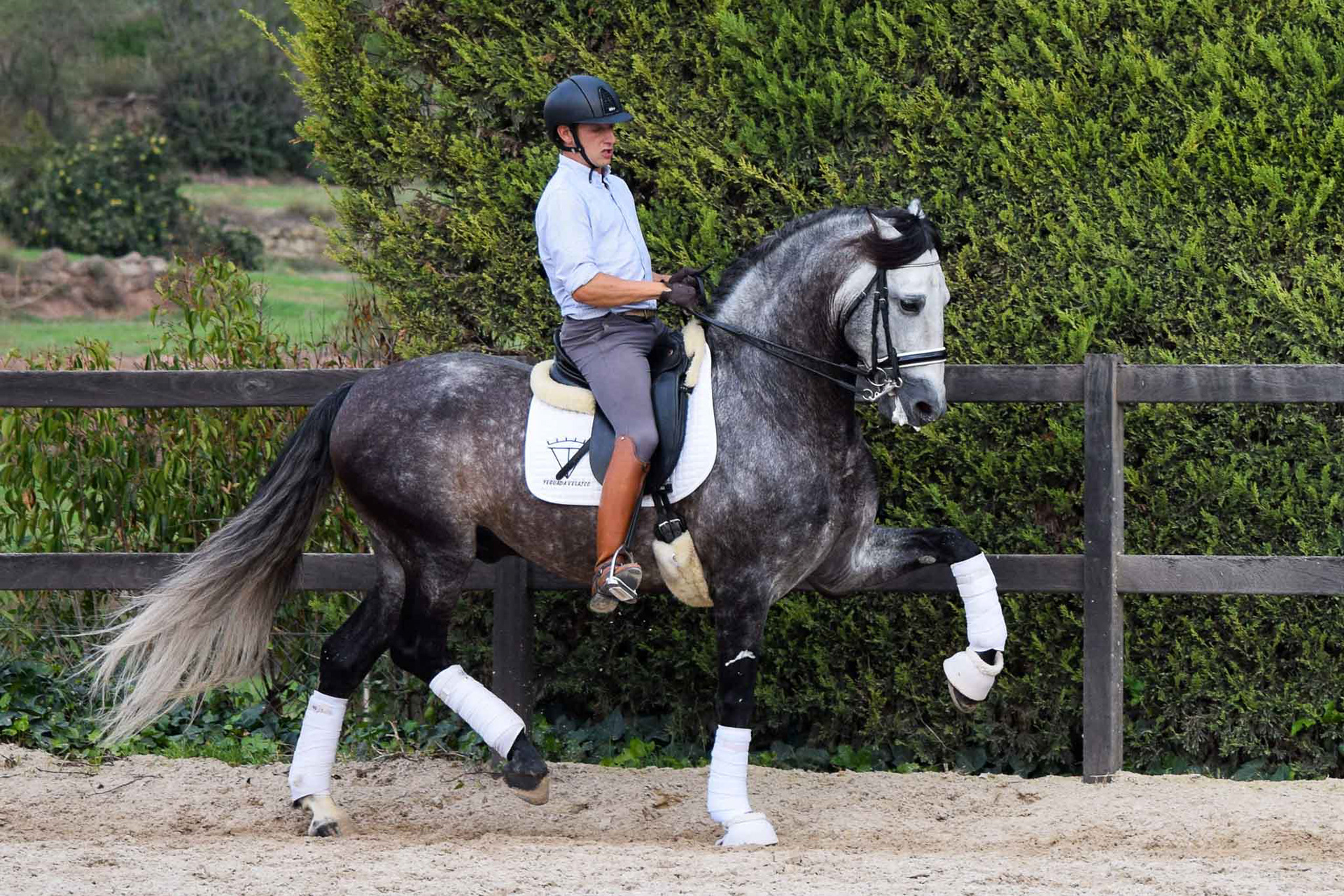 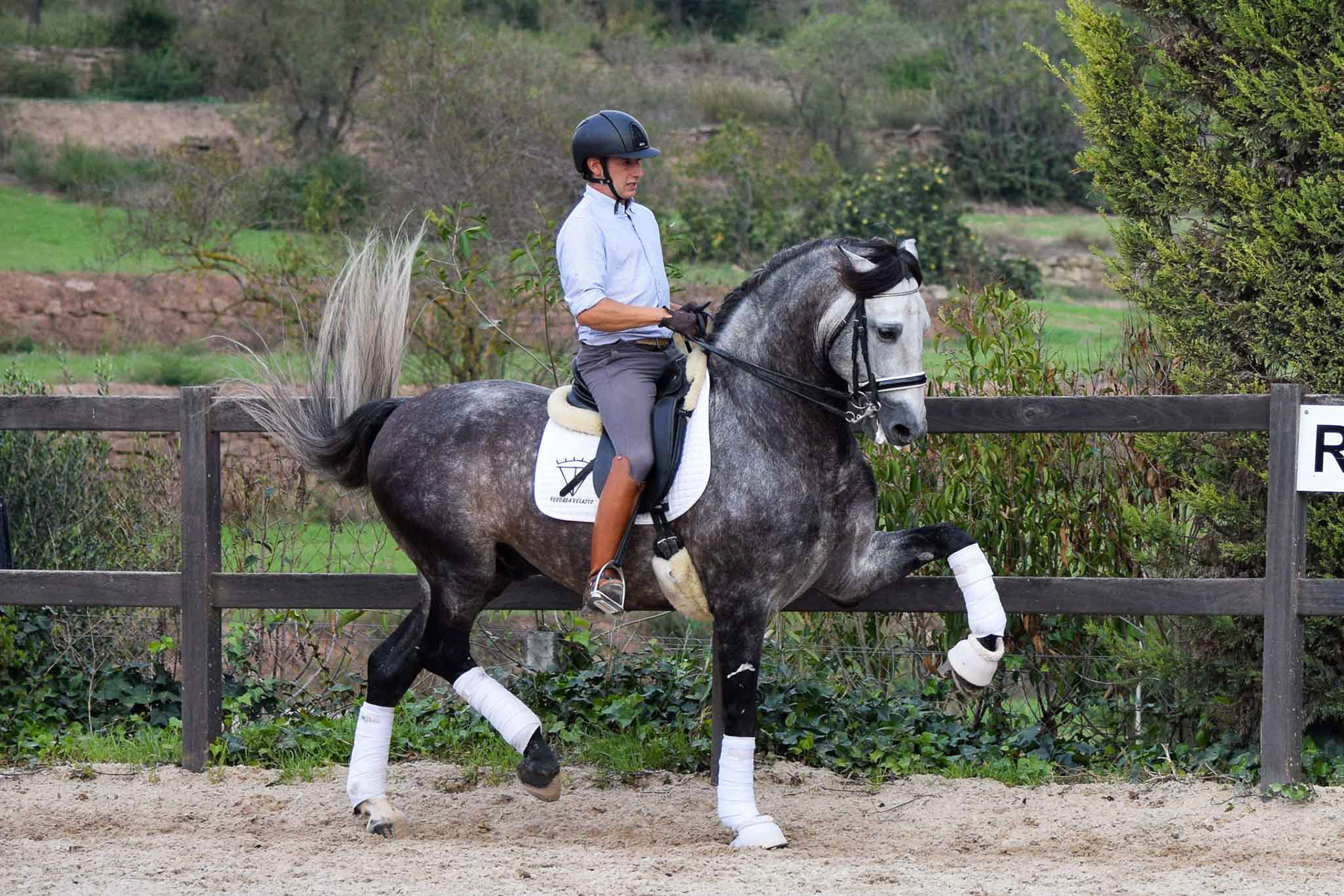 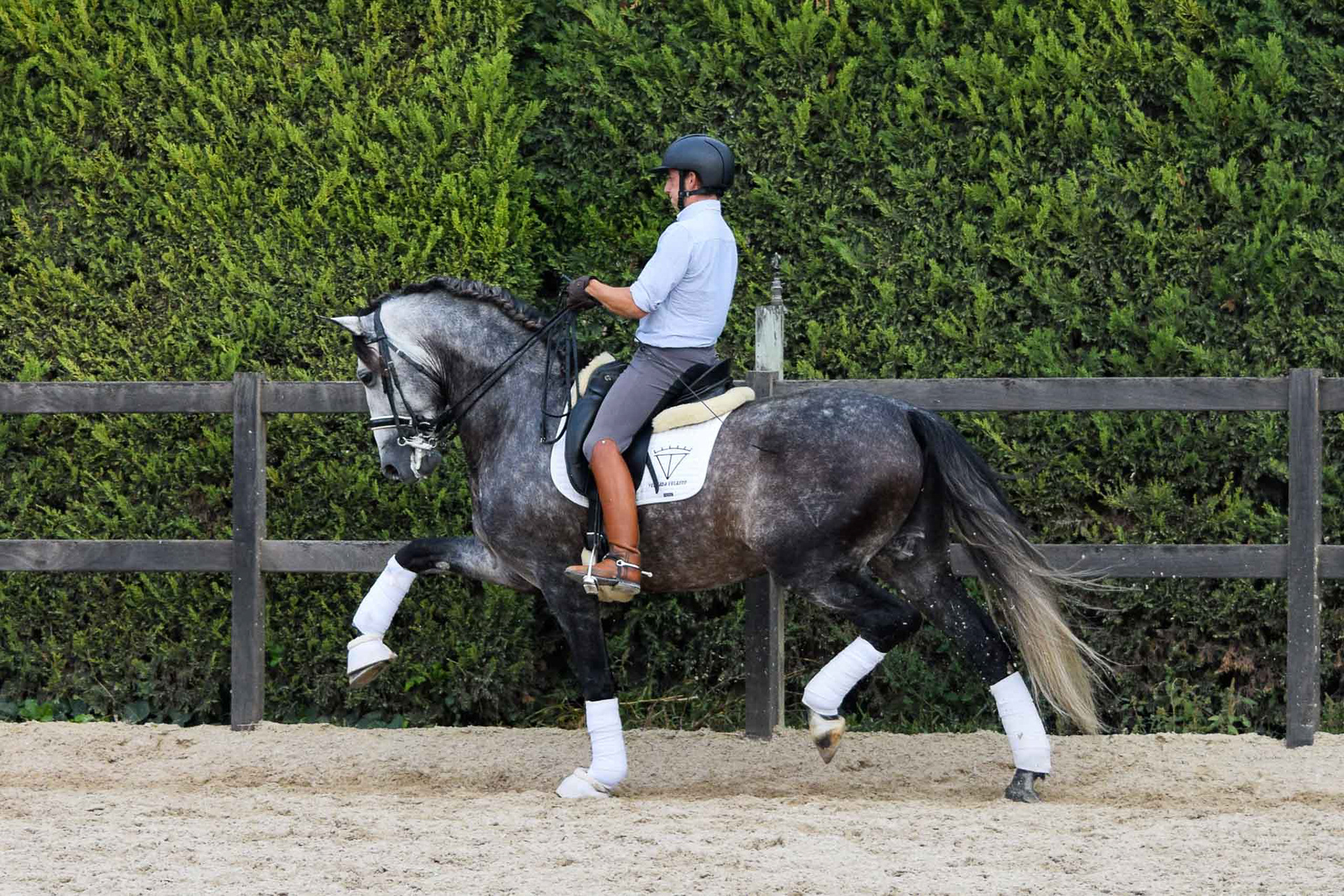 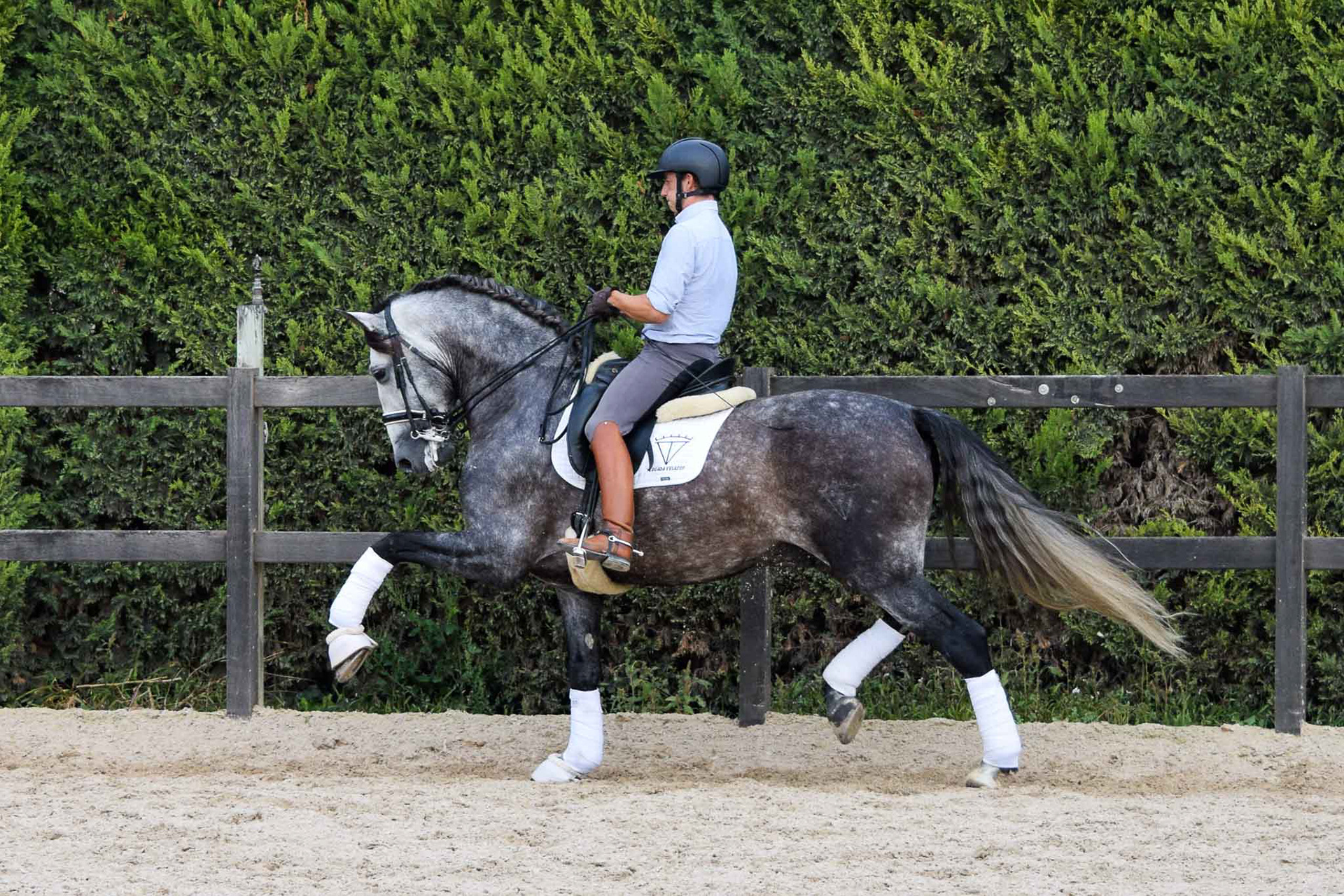 Back in the Saddle

The Dressage Star | Dressyrstjärnan
↑Back to Top